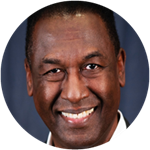 Billy M. Williams (he/ him/ his) is the Senior Vice President for Ethics, Diversity, and Inclusion at AGU.  Williams was the Principal Investigator for the September 2016, NSF-funded workshop, Sexual Harassment in the Sciences: A Call to Respond, and serves as a co-PI on the 2017 NSF Grant, ADVANCE Partnership: From the Classroom to the Field: Improving the Workplace in the Geosciences. He is currently the PI on Catalyzing Cultural Change in the Sciences with New Resources and Tracking Tools, a project funded by the Alfred P. Sloan Foundation. Williams was a member of the 2017-2018 National Academy of Sciences’ Committee on Impact of Sexual Harassment in Academic STEMM, and the 2019-2020 Committee on Increasing the Number of Women in STEMM. Prior to joining AGU in 2012, he served as a Senior Program Officer at the National Academy of Sciences and as a Global R&D Director at the Dow Chemical Company. 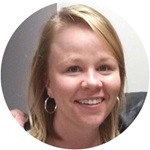 Margaret Fraiser (she/her/hers). Margaret is the Director of Diversity and Inclusion at AGU. Margaret served as a program director in the National Science Foundation (NSF)’s Directorate for Geosciences in the Frontier Research in Earth Sciences and Sedimentary Geology and Paleobiology Programs. She helped execute NSF programs focused on advancing scientific knowledge and developing an inclusive STEM workforce.

Prior to her rotation at NSF, Margaret was an Associate Professor and undergraduate faculty advisor in the Department of Geosciences at the University of Wisconsin-Milwaukee.  She is a member of the Paleontological Society’s inaugural Diversity and Inclusion Committee and was previously elected as Membership Coordinator. Margaret has served as Associate Editor and Editor-in-Chief of international, peer-reviewed, scientific journals. Margaret received a B.S. degree in geology from the University of Georgia and an M.S. and Ph.D. in geological sciences from the University of Southern California. 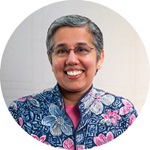 Ph.D., (she, her, hers) is the assistant director for grants and education programs at AGU.

She has also served as the inaugural scholar in residence at the American Geosciences Institute. Asher works in close partnership with the AGU Ethics and Equity Center as the lead staff member for the AGU Bridge Program, a component of the National Science Foundation (NSF)-sponsored Inclusive Graduate Education Network. The AGU Bridge Program was initiated in 2019 to develop, adopt and share inclusive practices for recruiting, admitting and retaining women and underrepresented students in STEM graduate programs.

Prior to joining AGU, Asher spent 18 years as a geoscience faculty member. In her last faculty position, she was a tenured member of the geology and geography department at Georgia Southern University in Statesboro.

Stephanie A. Goodwin, Ph.D. (she,/her/hers) is a nationally recognized scholar in diversity, equity and inclusion, Dr. Stephanie Goodwin has 20+ years of experience in higher education as a scientist, educator, and academic leader with expertise in diversity and inclusion, faculty development, and academic affairs. Her scholarly expertise includes social cognition and intergroup relations, including research on implicit social cognition and bias reduction. Founder of Incluxion Works, Inc., her "Speaking Up" workshops have promoted dialogue to change organizational culture and reduce identity harassment at 30+ universities and professional organizations across the US. She earned a B.S. in Psychology from the University of Texas at Austin, and M.S. and Ph.D. degrees from the University of Massachusetts at Amherst. Goodwin is an elected Fellow of the Society of Experimental Social Psychology.

Dr. Corey Garza is a Professor in the Department of Marine Science at California State University, Monterey Bay (CSUMB). His research group specializes in the use of marine technologies and spatial statistics to study the relationship between habitat complexity and patterns of species distribution and abundance in marine communities. Dr. Garza oversees numerous NSF and NOAA funded program at CSUMB that include the CSUMB Ocean Sciences Research Experiences for Undergraduates Program, the NOAA Center for Coastal and Marine Ecosystems and NSF ASPIRE (Active Societal Participation in Research and Education). Dr. Garza is also active in advancing the participation of underrepresented groups in science. Dr. Garza has previously served on the National Board of Directors of SACNAS (Advancing Chicanos/Hispanics and Native Americans in Science) and for the last 16 years has organized marine science programs at their annual meeting. He also serves on the Diversity and Inclusion Advisory Committee for the American Geophysical Union (AGU). He is a fellow of the California Academy of Sciences and serves on the board of directors for AGU. 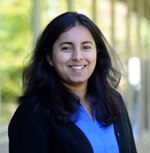 Dr. Kuheli Dutt is the Assistant Director for Academic Affairs and Diversity at Lamont-Doherty Earth Observatory (LDEO), Columbia University, and serves as Lamont’s Diversity Officer. She has a PhD in public policy, and leads Diversity, Equity, and Inclusion (DEI) efforts at Lamont. Her scholarly interests lie in implicit bias, gender, race, and STEM diversity. Dr. Dutt has published in  venues such as Nature Geoscience, Scientific American, The Lancet, and Eos, and she has presented to national and international audiences on the topics of anti-racism, STEM diversity, implicit bias and other topics. Her work has been featured in venues such as the New York Times; NPR Science Friday; Clear+Vivid with Alan Alda; Scientific American; Nature; Science; Huffington Post; Inside Higher Ed; Physics World; Ars Technica; El Español; and others.

Dr. Erika Marín-Spiotta is Professor of Geography at UW-Madison where she leads the Biogeochemistry and Biogeography Lab, with a focus on how changes in climate and land use alter terrestrial ecosystem processes, such as nutrient and carbon cycling. An additional research focus is the retention and advancement of underserved communities in STEM. Marín-Spiotta is the recipient of a Presidential Early Career Award in Science and Engineering and an Ambassador Award and Sulzman Award for Excellence in Education and Mentoring from the American Geophysical Union. She is the lead principal investigator of ADVANCEGeo Partnership, a program funded by the National Science Foundation, to transform workplace climate in the geosciences and other scientific fields through the development of bystander intervention and research ethics training in partnership with professional societies. 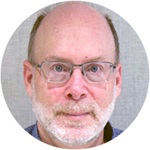 Brooks Hanson serves as the Executive Vice President for Science for the American Geophysical Union (AGU).  He's responsible for overseeing AGU’s publications, meetings, and ethics programs and Thriving Earth Exchange and coordinating science activities across these. He served previously as Sr. Vice President for Publications at AGU, responsible for AGU's portfolio of many books and 20 journals and their editorial operations, helping set overall editorial policies, and leading future developments. Before arriving at AGU, he served as the Deputy Editor for Physical Sciences at Science and earlier as an editor at Science. Brooks has a Ph.D. in Geology from UCLA and held a post-doctoral appointment at the Department of Mineral Sciences, Smithsonian Institution. His main areas or research and publications span the tectonics of the western U.S., metamorphic petrology, modeling magmatic and hydrothermal processes, and on scholarly publishing. He is a fellow of the Geological Society of American and Mineralogical Society of America.