Hearts in the Ice - Self-Isolation in the Artic: Shining a Light on Climate Change

Tuesday, 8 December 2020 (9:00 – 10:00 PT)
Hearts in the Ice, created by Hilde Fålun Strøm and Sunniva Sorby, is a platform for social engagement connecting students, scientists, manufacturers, environmental organizations, and all who care about the health of our planet, in the conversation around climate change.

Hearts in the Ice promotes global dialogue about the changes we are experiencing in the Polar Regions, why these changes matter for the rest of the world, and what we can do about protecting our natural world.

Bamsebu is a 9-month overwintering project in the High Arctic of Svalbard, Norway. From August 2019 – May 2020, Hilde (Norway) and Sunniva (Canada) inhabit the 20 sq mtr trappers’ cabin “Bamsebu”- 78’N.  They are the first women in history to over-winter in Svalbard without men.

Following months of groundwork, Hearts in the Ice was launched on October 2, 2018. At that time there was a handful of sponsors, a few dedicated advisory board members, and a small number of committed partners, but most importantly, two hearts with a vision to make a difference bigger than themselves, and the energy to make it happen.  By October 2019 that vision was a reality. Sunniva and Hilde were at Bamsebu and the adventure had begun!

More information about Hearts in the Ice can be found here. 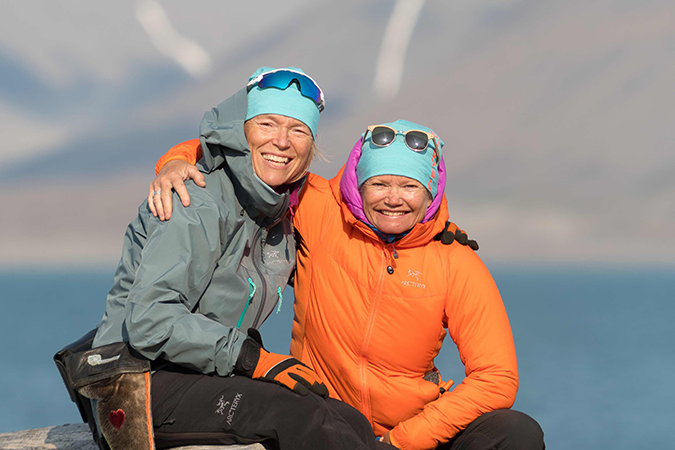