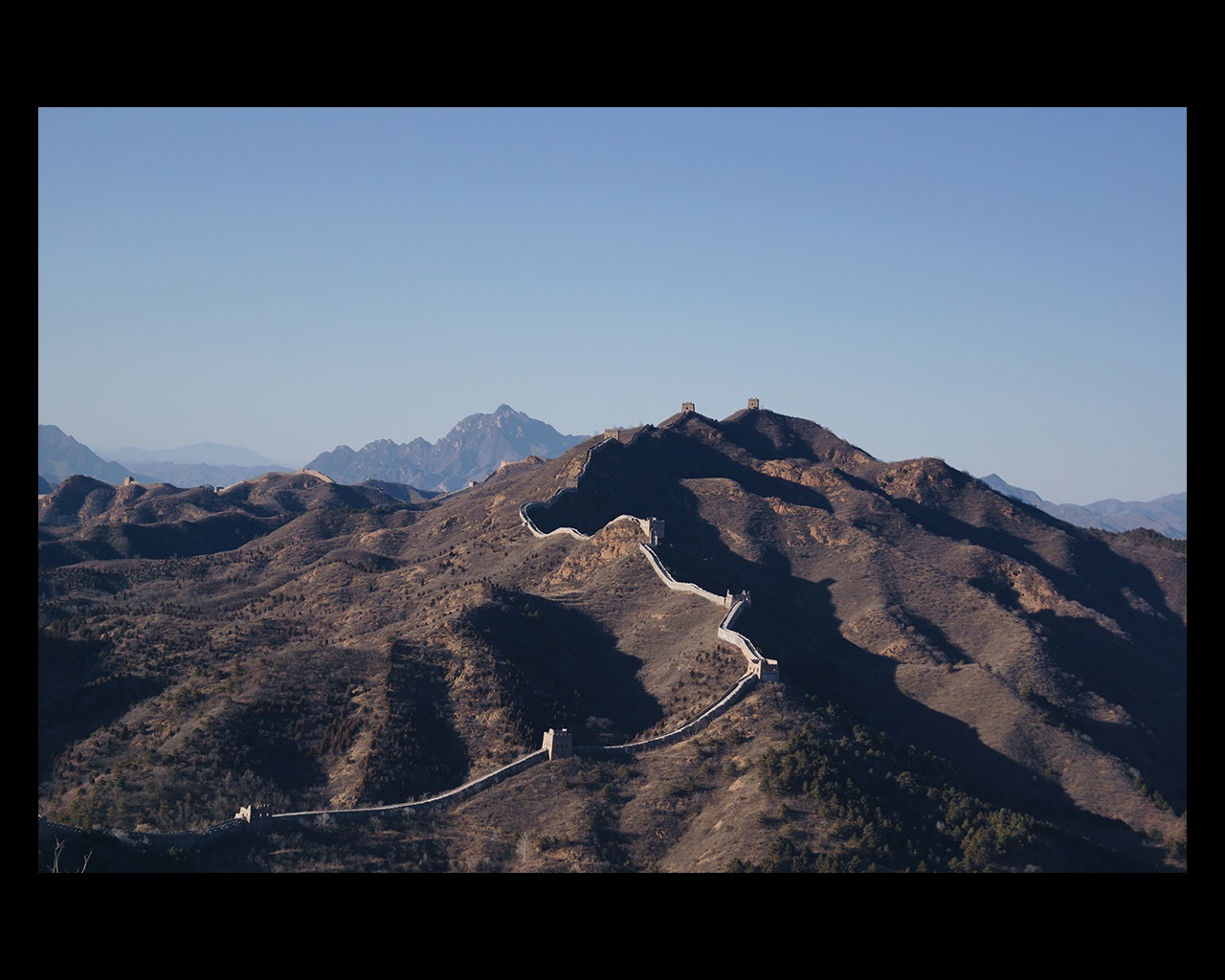 on the Evolution of the Monsoon, Biosphere and Mountain Building in Cenozoic Asia

This Chapman Conference aims to bring together different communities to discuss how the new drilling results relate to observations made onshore and to what extent they validate existing reconstructions of monsoon development. The conference will be held at AGU Headquarters, 2000 Florida Avenue NW, Washington, D.C. 20009.

The Asian monsoon is an example of a climatic system intimately linked with the tectonic evolution of the solid Earth. Demonstrating these links has been difficult due to a lack of detailed climatic and erosional records that span tectonic timescales, such as those developed in the Himalayas and Tibet. A campaign of scientific drilling of sediments from the marginal seas of eastern Asia and the Indian Ocean, conducted by the International Ocean Discovery Program (IODP) in 2014–2016, has now partly solved this problem.

The program book is available to view and download. 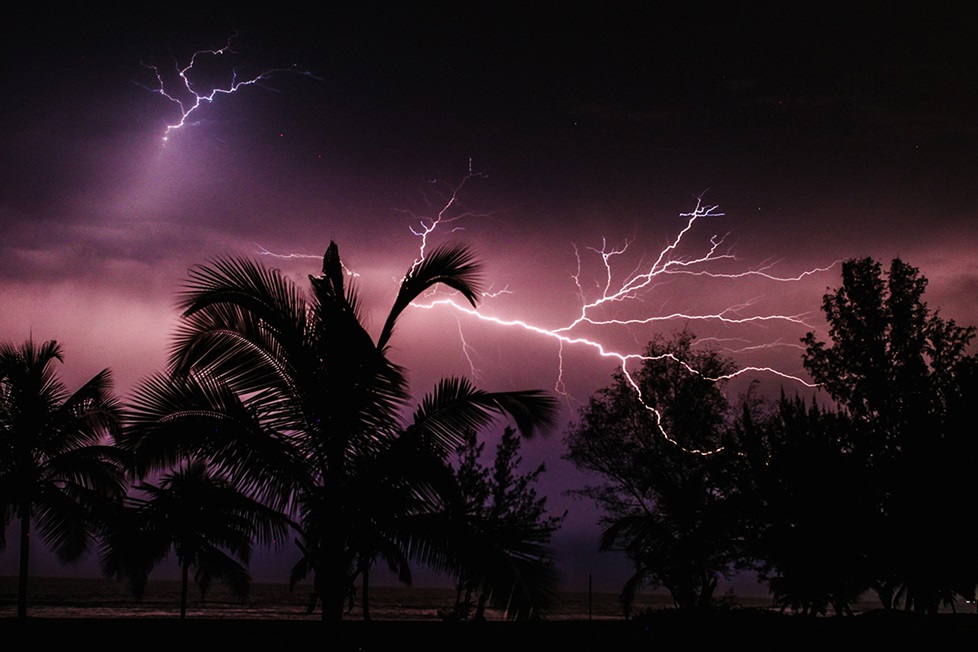 A number of deep drill sites in key areas of the East Asian, Indian and Australian monsoon subsystems now provide long duration records of erosion, weathering and environment. Scientific results from each IODP expedition are emerging, however, any attempt to understand the monsoon as a whole needs to integrate results from across the regions. This will allow results to assess links between monsoonal subsystems, and compare oceanographic records with erosional records and continental environmental data. Additionally, the marine data must be reconciled with information from onshore concerning the evolving tectonics of the ranges and the height of the Tibetan Plateau, all of which need to be integrated with our understanding of modern monsoon atmospheric dynamics. 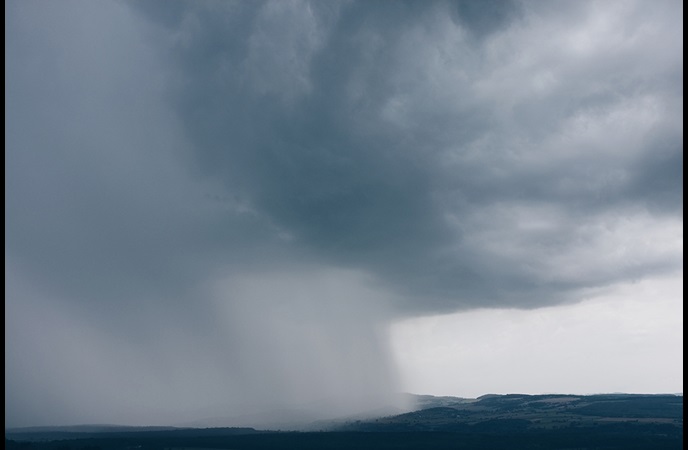 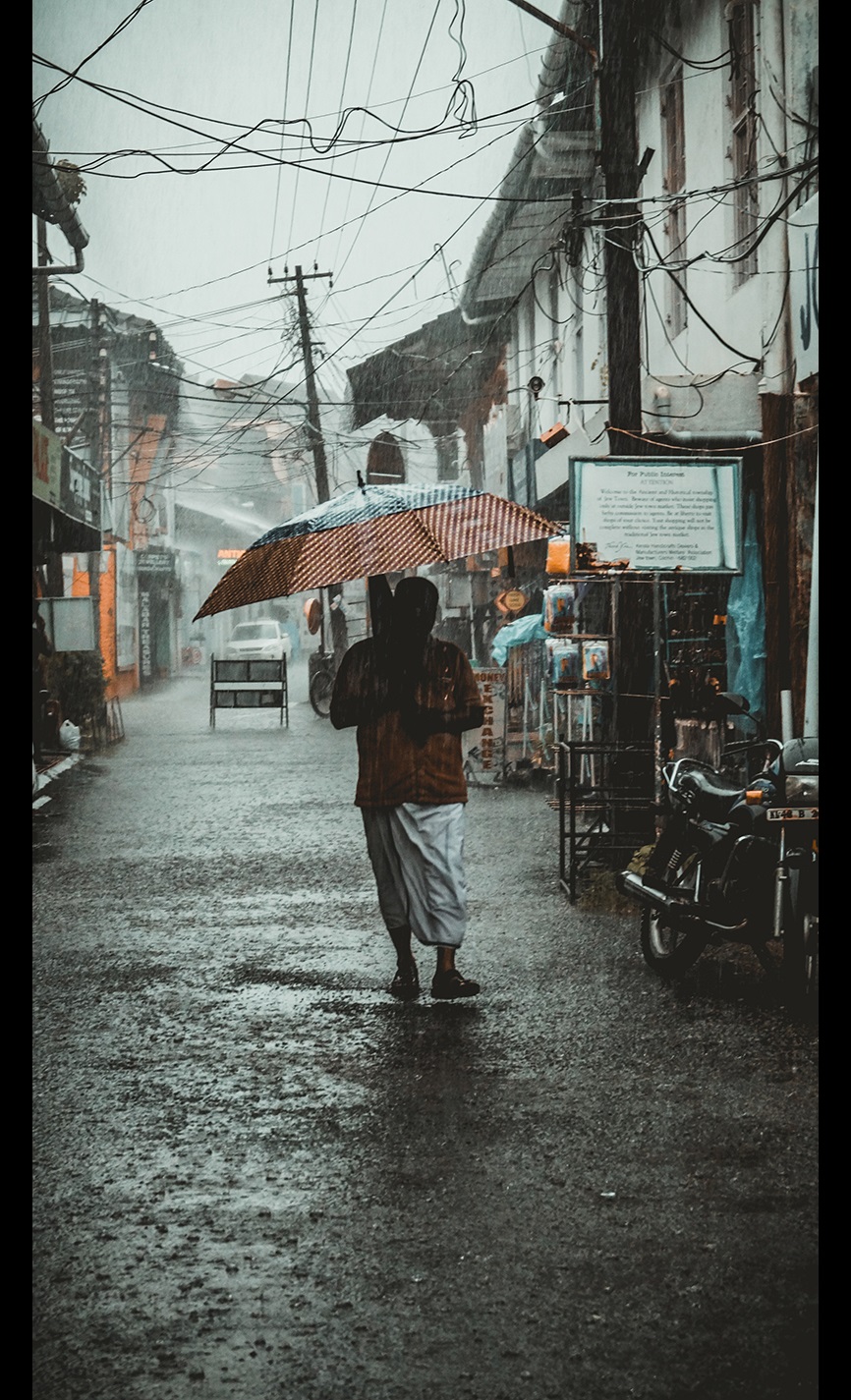 This Chapman Conference aims to bring together these different communities to discuss how the new drilling results relate to observations made onshore and to what extent they validate existing reconstructions of monsoon development. The emphasis will be on million-year, tectonic timescales. Millennial scale records will also be welcome. IODP has provided the largest source of new data concerning this interdisciplinary field in several decades. We now seek the chance to try to integrate the results into a new understanding of the Asian monsoon and to resolve which questions are still outstanding.

We invite abstract contributions on the following themes. 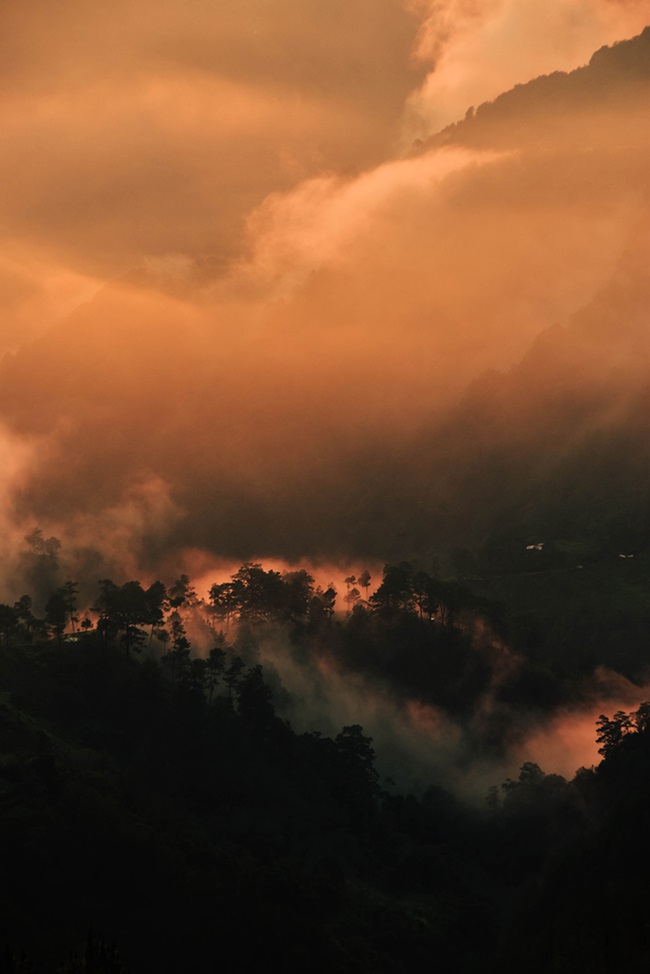 This session provides the intellectual background for the rest of the meeting by summarizing the nature of land-ocean-atmospheric coupling that powers the modern monsoon. We aim to present the nature of and controls on modern precipitation and wind patterns and discussion how they might have differed in the geologic past, especially prior to the establishment of high topography.

In this session we focus on evidence for the evolving climatic conditions in the Asian continental interior, drawing on appropriate proxies from the marine cores as well as sedimentary records preserved in continental basins. This will include both reconstruction of vegetation, as well as changing intensities of continental weathering and aridity. Again, we focus on identifying the time of initial onset and times when monsoon intensity changes.

Modeling and links to continental tectonics

Here we examine whether there are links between the evolution of the monsoon, the history of erosion and the tectonic development of the mountains especially in South Asia in order to understand the degree of coupling and the potential for feedbacks.

This session will focus on well-dated records of evolving oceanic currents and biogenic productivity in relation to the intensity of the Asian monsoon winds. We especially want to constrain times of transition, strengthening, or weakening, as well as examining evidence for the initial onset.

This session will focus on reconstruction of changing rates and patterns of erosion in the mountainous source areas in South and Southeast Asia and potential relation with fan sedimentation to determine their response to the evolving climates in Cenozoic Asia.

The Chapman Conference on Evolution of the Monsoon, Biosphere and Mountain Building in Cenozoic Asia will address the following primary scientific hypotheses: 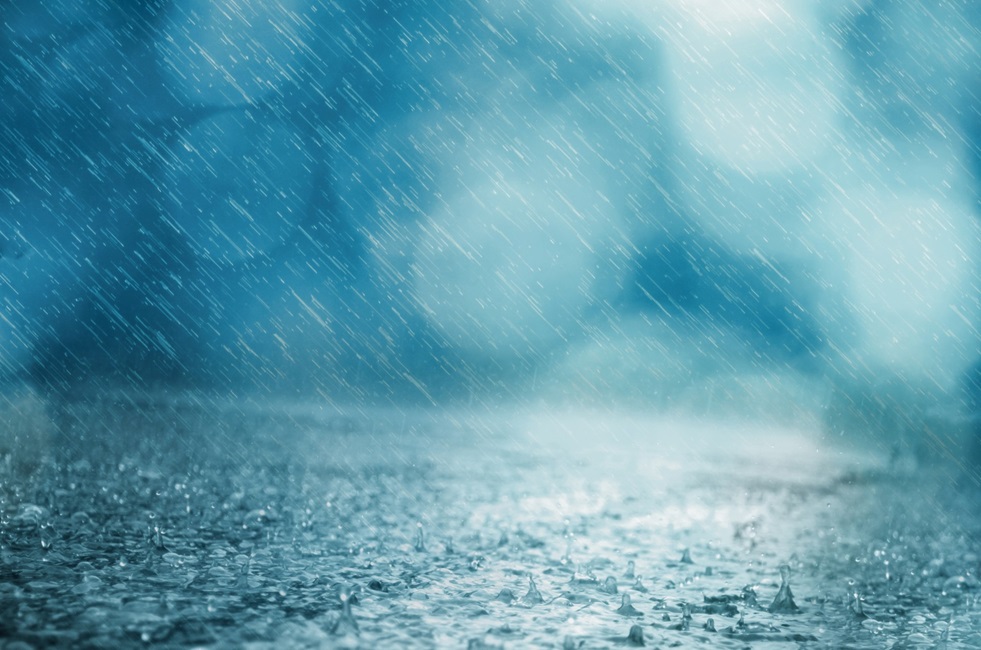 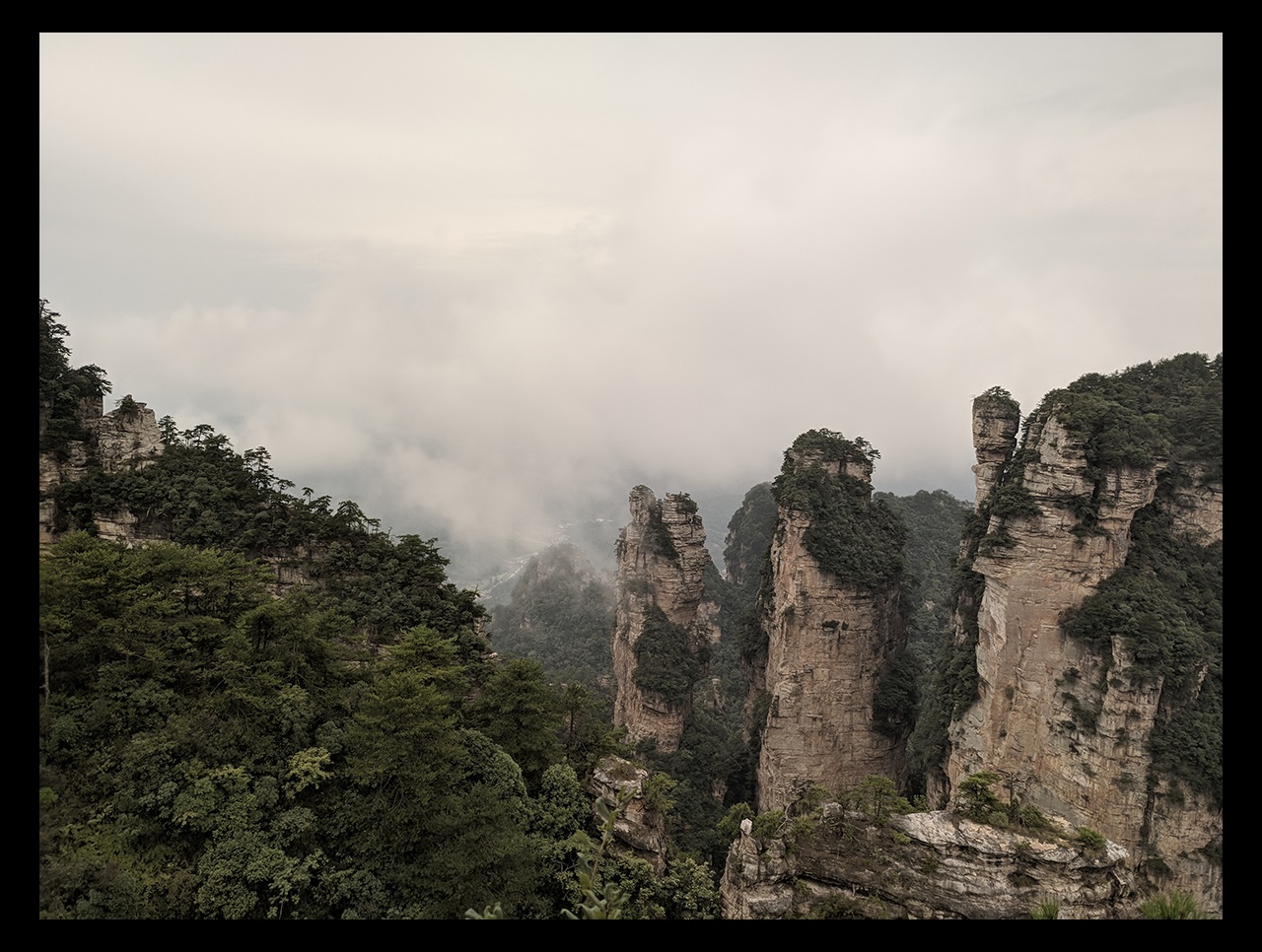 The scientific program is now live!

Check out the scientific program and see who will be speaking. 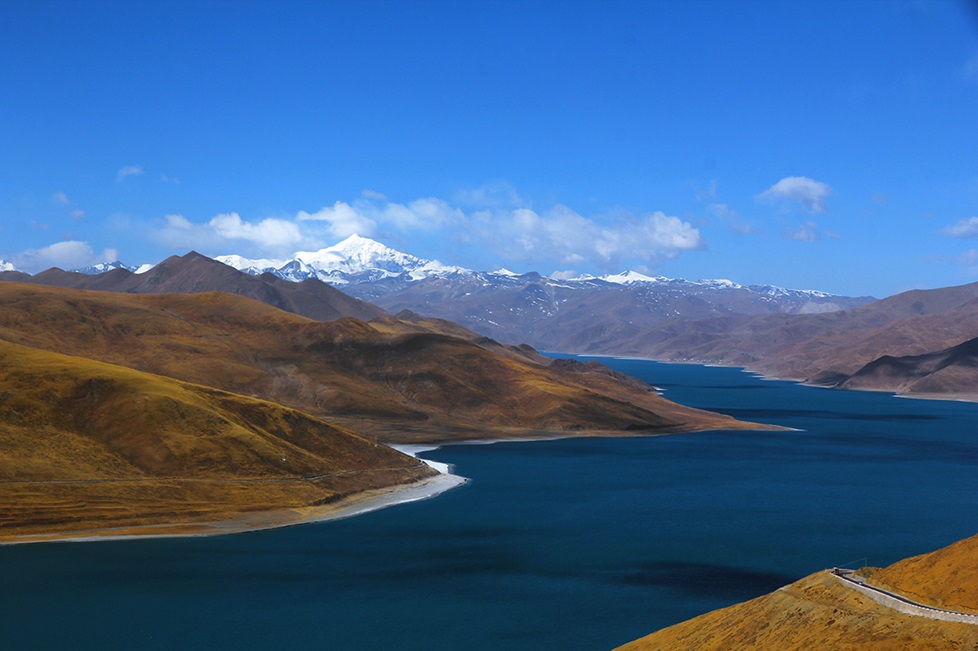 The conference spans five days, including the icebreaker reception on Day One. Day Two, Three, and the morning of Day Four feature a series of oral presentations on the five themes. We welcome both invited and contributed work in each oral session, headlined by a keynote speaker. Highlights include: 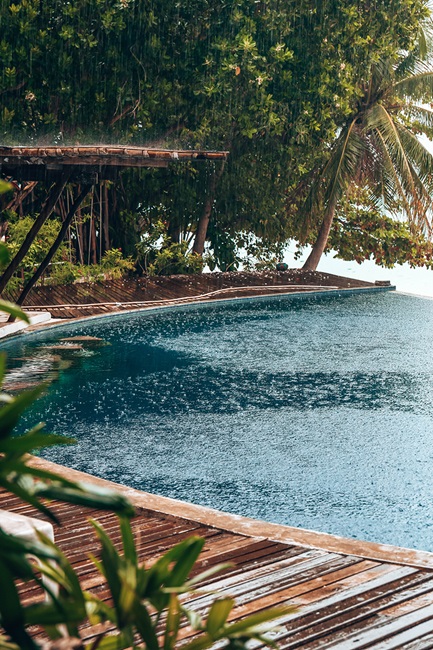 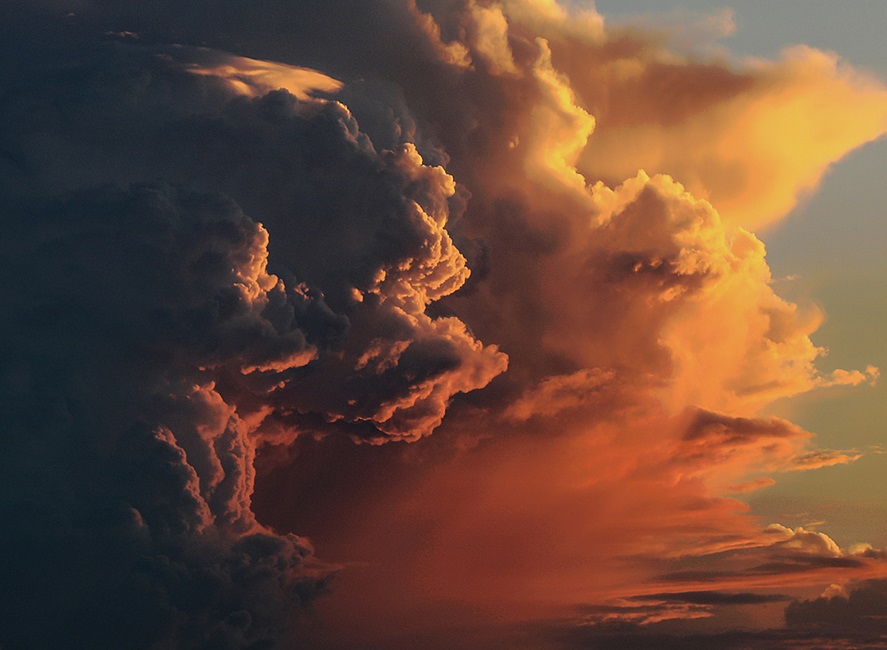 Abstracts must meet the following guidelines to be considered for the Chapman Conference. 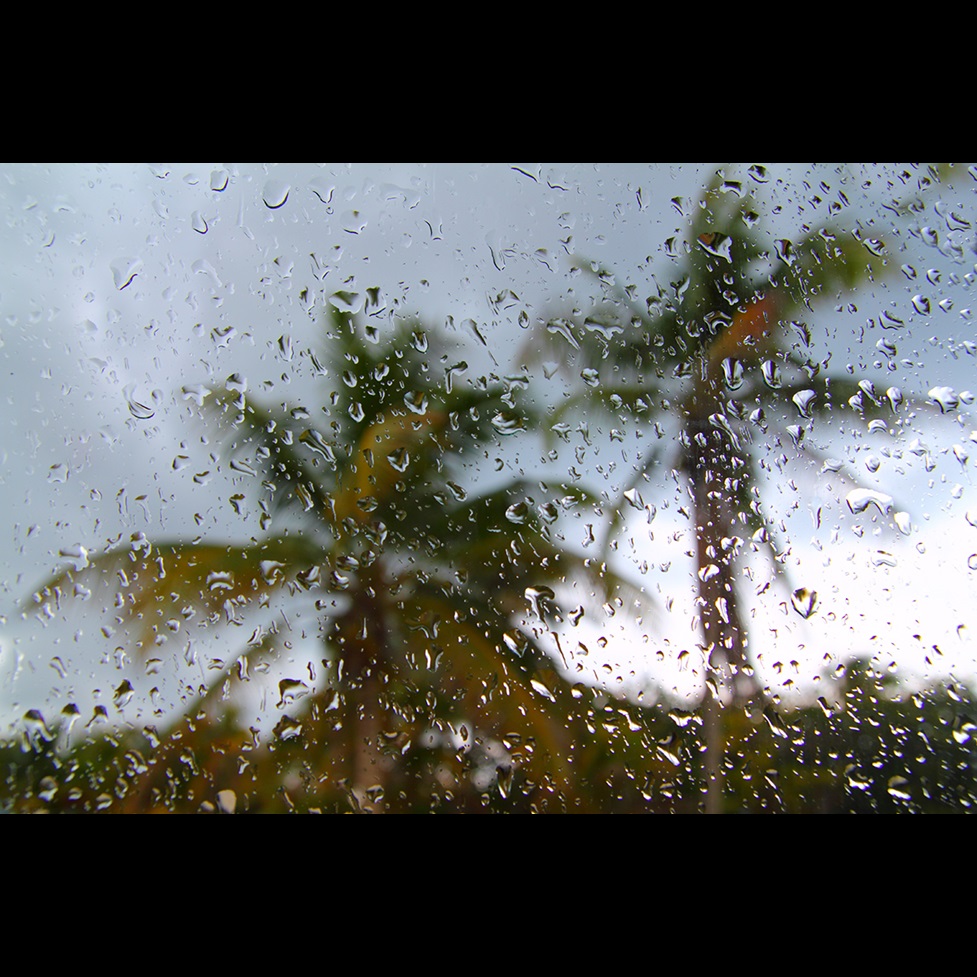 Each presenter will have a poster space of 45” x 45” (3.75 feet by 3.75 feet). Presenters will share 8’W x 4’H poster boards. Posters will be displayed for the entire meeting. The scientific program is available here.

The presentation must cover the material as cited in the abstract. 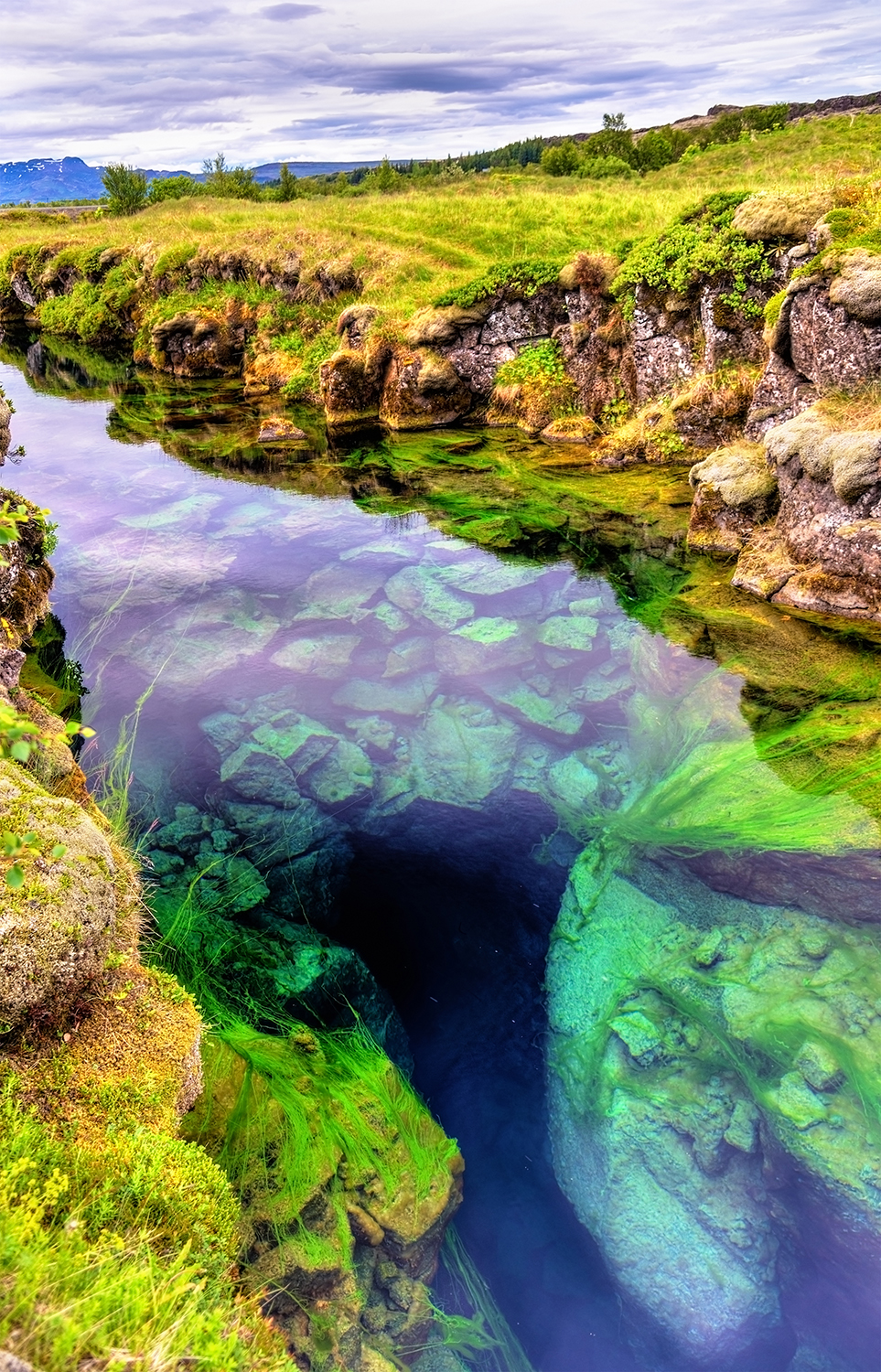 Please be sure you to bring a copy of your presentation on a USB drive as a backup. Presentations should be formatted to 16:9 if possible. 4:3 will also be supported. The podium laptop will be a PC. 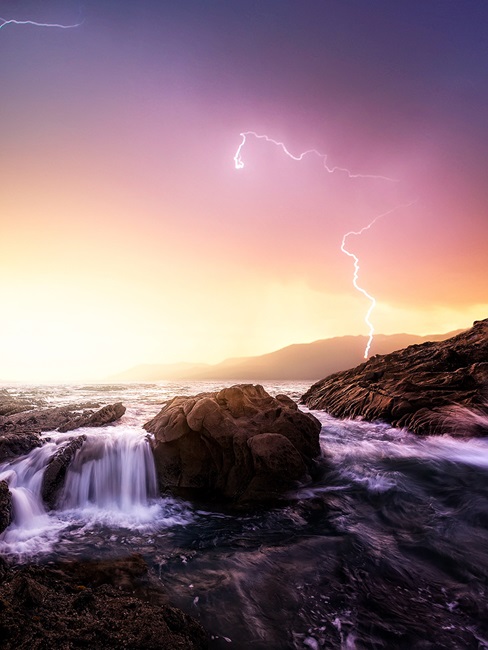 Registration is now open. Register by 4 December 2019 to join us!
Register

The registration fee includes access to the scientific program, an opening reception on Sunday evening, daily coffee breaks and lunches.

*Low-income and lower-middle income countries as defined by the World Bank. 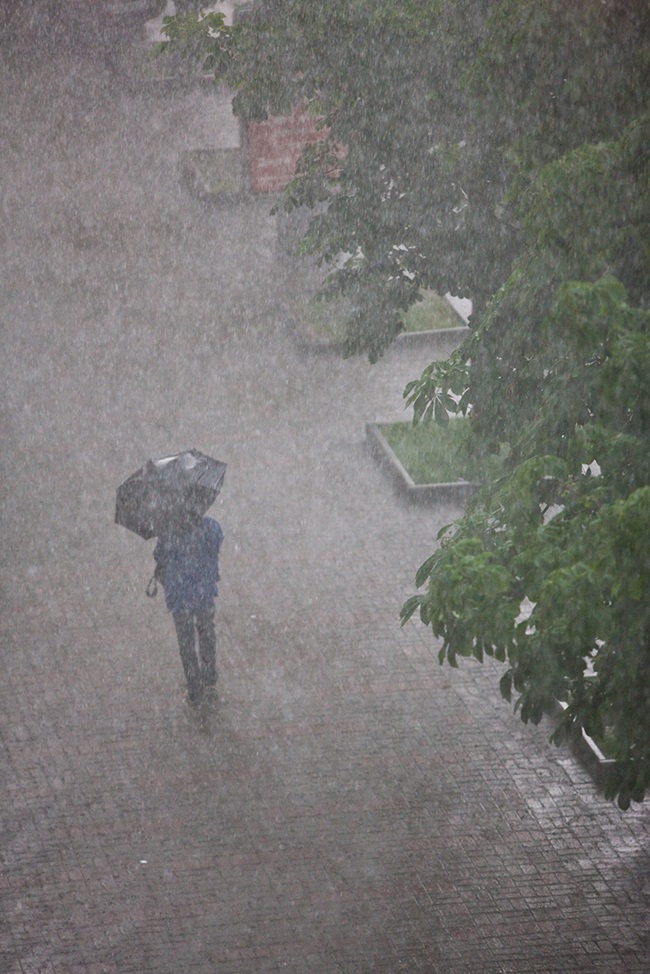 Reserve your room from now until 5 December 2019.
Book now 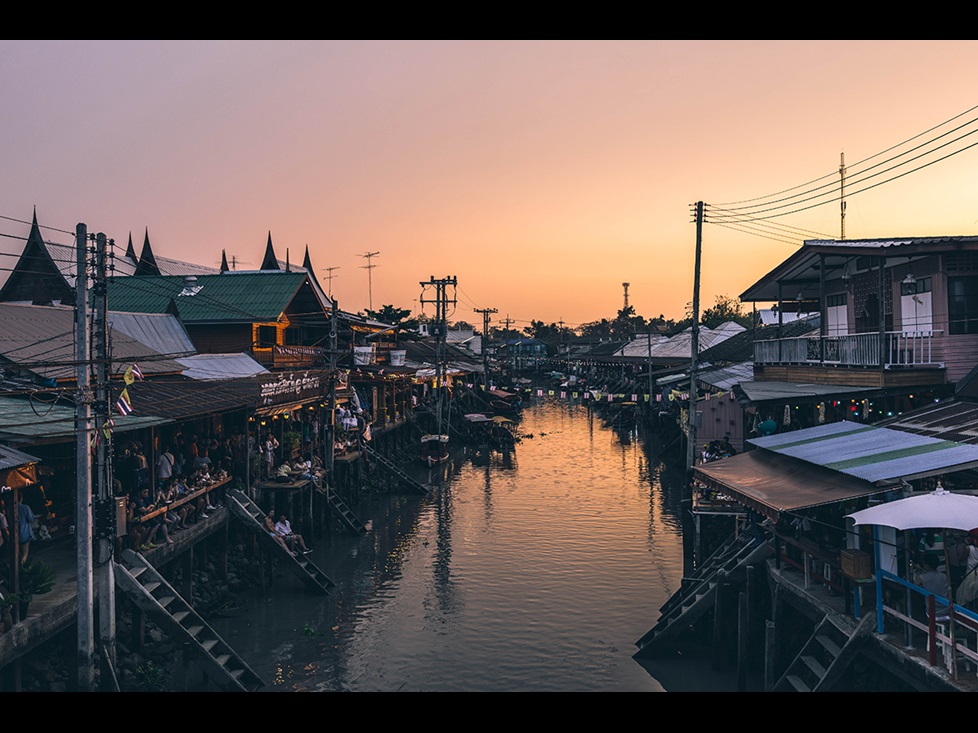 Discounted rooms can be reserved at the:

The hotel is just over one block from AGU Headquarters, where the conference is being held. The deadline to reserve your room is 5 December 2019. 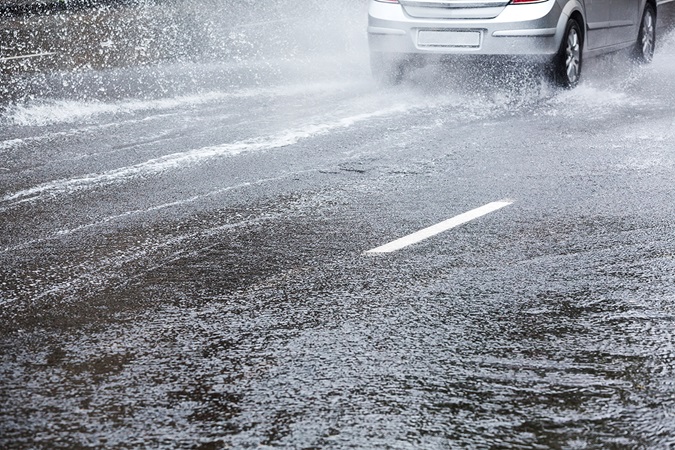 Getting to Washington, D.C.

As a major metropolitan area there are many options for traveling to Washington, D.C. for the Chapman. Washington, D.C. is served by three major airports which offer multiple U.S. and international flights daily, a train station, a local light rail called Metro, and more. Explore different travel options and directions for getting to the meeting.

Baltimore/Washington International Thurgood Marshall Airport is accessible via Amtrak routes that drop off at D.C.’s Union Station. A reserved seat on Amtrak will cost $15-$30 (see discounted option below). MARC commuter rail is also available to Union Station on weekdays with limited weekend service, via the Penn Line; tickets are $7 each way. Visit the BWI Airport ground transportation page for more information.

Ronald Reagan Washington National Airport is just a 10-minute drive from the city line. Reagan Airport supports domestic flights within the United States. The airport is accessible from its own Metro stop on the Blue and Yellow lines. A taxi ride into downtown D.C. will cost about $15-$20.

Washington Dulles International Airport is located 26 miles from D.C. in suburban Virginia. The airport has a dedicated access road that makes getting into the city efficient via car, taxi or airport shuttle. Washington Flyer taxi cabs exclusively service Dulles Airport. A taxi ride into D.C. will cost about $60-$68. Public transportation options are also available via the Silver Line Express Bus to the Wiehle-Reston East Metrorail Station or via Metrobus 5A to Metrorail stops in Rosslyn, VA and L’Enfant Plaza in Washington, D.C.

If you’d rather travel to D.C. on the ground, Amtrak is the ideal solution. The train departs and arrives from D.C.’s Union Station, which is centrally located, features its own Metro stop, and has plenty of taxis waiting as you exit.

Traveling by bus to and from D.C. is easy with an array of options, including Megabus and Greyhound.

If you drive to D.C. with your own vehicle, the Courtyard Marriott offers valet parking. Details can be found on the Washington Hilton website. Parking Panda, SpotHero, and ParkWhiz are parking reservation services to help you find a parking spot.