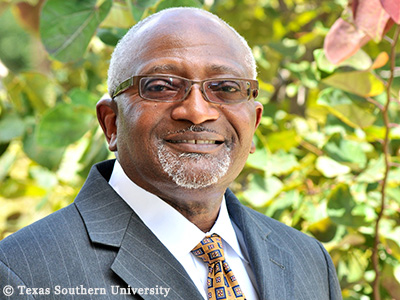 As the father of environmental justice, what moment in history has had the greatest impact on your career?

My life changed forever when I learned my wife Linda McKeever Bullard filed a lawsuit in 1979 in federal district court in Houston, TX on my 33d birthday.  The case was Bean v. Southwestern Waste Management Corp., the first in the nation to challenge environmental racism using civil rights laws.  In addition to suing the private waste company she also sued the State of Texas, Texas Department of Health.  As a faculty member of Texas Southern University, a state university, she technically sued my employer.  Linda indicated she had filed he Bean lawsuit challenging the siting of a sanitary landfill in a predominately Black community in Northeast Houston and that sheneed someone to do a studyand  pinpoint on a map where all of the landfills, incinerators and garbage dumps were located in Houston over the decades up until 1978.  My response was, “you need a sociologist.”  She snapped back, “that what you are, right.”  And then she said, “you are all I got, so you are it.” So you see, I was drafted into becoming an “accidental environmentalist,” not because of some academic curricula or membership in an environmental organization. I was drawn into the Houston waste struggle and viewed it as fight for environmental and racial justice—an extension of my lived experiences growing up in South Alabama during the height of the modern civil rights movement.  My wife developed the legal theory of environmental discrimination and my job was to design a rigorous study, collect the data, run the analysis and present the findings to the court.  The 1979 Solid Waste Sites and the Houston Black Community wasa eye-opener for me (the study was later published in 1983 issue of Sociological Inquiry). From the 1930s to 1978, 100 percent of the city-owned landfills, 75 percent of the city-owned incinerators and 75 percent of the privately owned landfills were located in mostly Black Houston neighborhoods. To summarize, over 82 percent of the garbage disposed over the 50-year period was dumped in Black neighborhoods, even though Black Houstonians comprised just 25 percent of the city’s population.  All of this happened in a city without zoning.  These staggeringreveal  how pervasive and powerful systemic racism operated to drive solid waste sites toward Black communities, regardless of income status.  The controversial Whispering Pines Sanitary Landfill was beingsited in the Northwood Manor subdivision—not a “poverty pocket” but, a predominately Black middle-class neighborhood of homeowners.  Even with the overwhelming empirical evidence and documentation, the federal judge ruled against the Black plaintiffs and the landfill was built. This same federal judge in court in 1985 referred to Black people as “Nigras.”

The miscarriage of justice in the Houston case motivated me to push on with my research, writing and collaborative work in support of struggles against environmental racism and to fight for environmental, climate and racial justice.  It made me realize that it is never enough to have the facts when fighting injustice.  You also need to marry facts with mobilization and collection action.  I learned that hard lesson not in the classroom, but on the frontline and in some of the most environmentally and climate vulnerable communities.  I also tried to pattern my career path after one of my academic “heroes,” W.E.B. Dubois, one of the founders of the sociology Department at Atlanta University, where I received my M.A. degree in sociology.  DuBois was a textbook example of a teacher, scholar, activist, writer and social critic.  His was the path of a “kick-ass” Black sociologist I was inspired to follow.

What do you hope our audience will take away from your presentation?

I would like the audience to understand there is no environmental and climate justice without racial justice.  And after 18 books and more than four decades working in frontlinecommunities I am inspired by the intergenerational mobilization taking place today—movements that are converging around the urgency of taking action on converging threats of climate change and need to address social equity and justice—environmental, climate, economic, energy, food and water, health and racial justice.  Finally, the quest for justice is a race, but no sprint.  It’s akin to a “marathon-relay” race.  You run your 26.2 miles and pass the baton to the next generation to run their 26.2 miles.  Each generation builds on and learns from the previous generation.  Finally, the challenges we face today call for transformative change. Working together, I do believe we can make thechange’s needed.