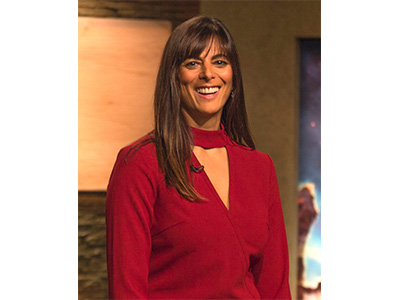 Investigating the Astrobiological Potential of Mars Through Studies of Martian Samples

Dr. Meenakshi Wadhwa is a planetary scientist and isotope cosmochemist interested in the time scales and processes involved in the formation and evolution of the Solar System and planets. Her research group is known for developing novel methodologies for high precision isotope analyses to understand: the time scales of accretion and differentiation of planetesimals and the terrestrial planets; the processes in the solar protoplanetary disk and on planetesimals; and the abundance and origin of water and other volatiles on rocky bodies in the Solar System. She received her doctorate from Washington University in St. Louis (1994) and was a postdoctoral researcher at the University of California at San Diego (1994-1995). She was subsequently Curator in the Department of Geology at the Field Museum in Chicago (1995-2006) before moving to Arizona State University (2006-present) where she is Professor in the School of Earth and Space Exploration. At ASU, she served as director of the Center for Meteorite Studies from 2006 till 2019. She currently serves as director of the School of Earth and Space Exploration (since 2019). She is additionally appointed as a Distinguished Visiting Scientist and Mars Sample Return Principal Scientist at the Jet Propulsion Laboratory. She is a recipient of the J. Lawrence Smith medal of the National Academy of Sciences (2021), Fulbright-Nehru Academic and Professional Excellence Award (2015-2016), the Guggenheim Fellowship (2005-2006), and the Nier Prize of the Meteoritical Society (2000). She was awarded an American Council on Education Fellowship (2018-2019), and became a Fellow of the American Geophysical Union in 2019 and a Geochemistry Fellow of the Geochemical Society and the European Association of Geochemistry in 2021. Asteroid 8356 has been named 8356 Wadhwa in recognition of her contributions to meteoritics and planetary science.