Jacob Bortnik is a recognized leader in nonlinear plasma wave interactions with charged particles in Earth’s radiation belts (the Van Allen belts). Relativistic electrons and energetic protons there can damage satellites, disrupting telecommunications and other services we have come to depend upon, and can endanger astronauts. Radiation belt fluxes are highly variable due to changes in the solar wind, which powers them. Understanding the physics of this variability to build accurate predictive models of “space weather” is a major goal of space science. The emergence of space-based internet, space tourism and the U.S. Space Force reveals that the need for such models is on the rise. A key factor responsible for the dynamic nature of the radiation belt fluxes is the interaction of energetic particles with plasma waves. Professor Bortnik has made some of the most significant advances in our understanding of such interactions, using theory, modeling, observations, laboratory and computer simulations, and machine learning. Jacob theorized and then proved using data from the Time History of Events and Macroscale Interactions during Substorms (THEMIS) mission that plasmaspheric hiss waves, a dominant contributor to outer-belt energetic particle losses and the reason for the two-belt structure of the radiation belts, are produced by the leakage of magnetospheric whistler waves produced by particle injections at larger radial distances. This solved a 40-year-old mystery on the origin of plasmaspheric hiss. His contributions to the understanding of how chorus waves drive the pulsating aurora, how lightning-generated whistlers can diffract and stay in the magnetosphere, and how electromagnetic ion cyclotron waves and magnetosonic waves can resonate nonlinearly with electrons to energize and scatter them have been seminal. He pioneered laboratory experiments at the University of California, Los Angeles, Large Plasma Device coupled with numerical simulations to show how nonlinear wave structures arise from wave-particle interactions under certain plasma conditions. He developed novel machine learning tools for reconstructing the spatial and temporal evolution of plasmas in the magnetosphere, which is only sparsely sampled by spacecraft. He has mentored dozens of students and early-career space physicists. He is generous with his time to both students and colleagues, making him a highly sought after adviser and collaborator. He has led the field as National Science Foundation’s Geospace Environment Modeling program chair, an associate editor of AGU journals and co-chair of international groups under the auspices of the International Union of Radio Science and the International Science Council’s Scientific Committee on Solar-Terrestrial Physics. His collaborative spirit and transformational research on wave-particle interactions have made an indelible mark in space science.

I am deeply honored and profoundly grateful to have been awarded AGU’s Joanne Simpson Medal for midcareer scientists.

This honor is particularly meaningful to me for a number of reasons. First, Joanne Simpson spent the early part of her career as a professor in my home department at the University of California, Los Angeles, and her picture still hangs proudly on our faculty wall. Second, she was a true pioneer, proposing the idea of tropical hot towers, leading novel observations and experiments from aircraft and later developing and acting as the project scientist for the Tropical Rainfall Measuring Mission (TRMM) satellite, which put the first meteorological radar into space. Last, and perhaps most inspiring of all, is that Joanne Simpson did all this while facing adversity, dismissiveness and condescension, becoming the first woman to receive her Ph.D. in meteorology in the United States and paving the way for numerous young women to pursue science, technology, engineering and mathematics (STEM) careers. She won the American Meteorological Society's 1983 Carl-Gustaf Rossby Research Medal — the highest award in atmospheric sciences, ironically named for the very professor who told her clouds were not very important and thus represented a good subject “for a little girl to study.” My own father was denied entry into graduate school on the basis of his religion, and I take this award as a charge to myself and all of us to support, encourage and value the diverse young scientists entering our field today.

I would not be receiving this award today if it were not for the many amazing people in my life who have loved me, believed in me and supported me especially when times were tough, and I dedicate this honor to them. I thank my nominator and force of nature, Professor Vassilis Angelopoulos; my mentor, the late, great Richard Thorne; my friend and street philosopher Juan Vaquerano; the talented students, postdocs and colleagues that I’ve had the honor to work with over the years; and my Ph.D. adviser, Professor Umran Inan, who took a huge risk in hiring a young student from South Africa with no background in space physics, a decision that ultimately changed the course of my life. I am indebted to my parents, Vladimir and Judith Bortnik, for encouraging the love of learning, and to the lights of my life, my beautiful wife, Kirsty, and three sons, Samuel, Jonah and Elijah.

Thank you all for this incredible privilege. 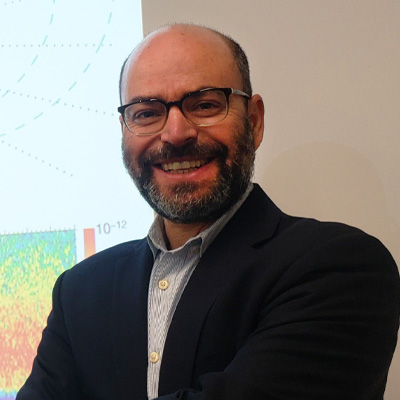 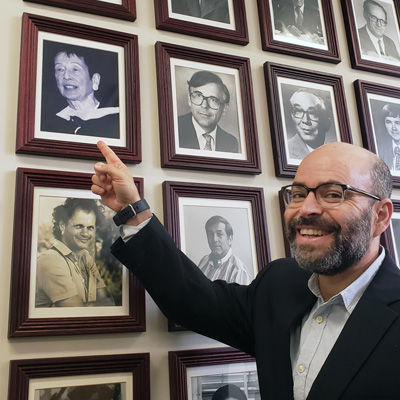 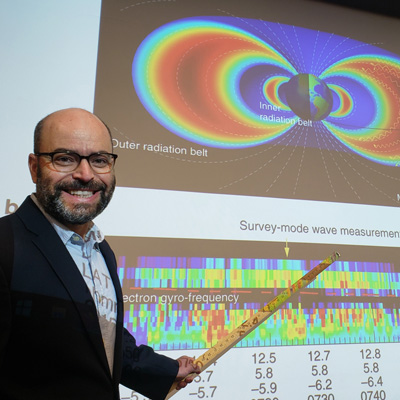