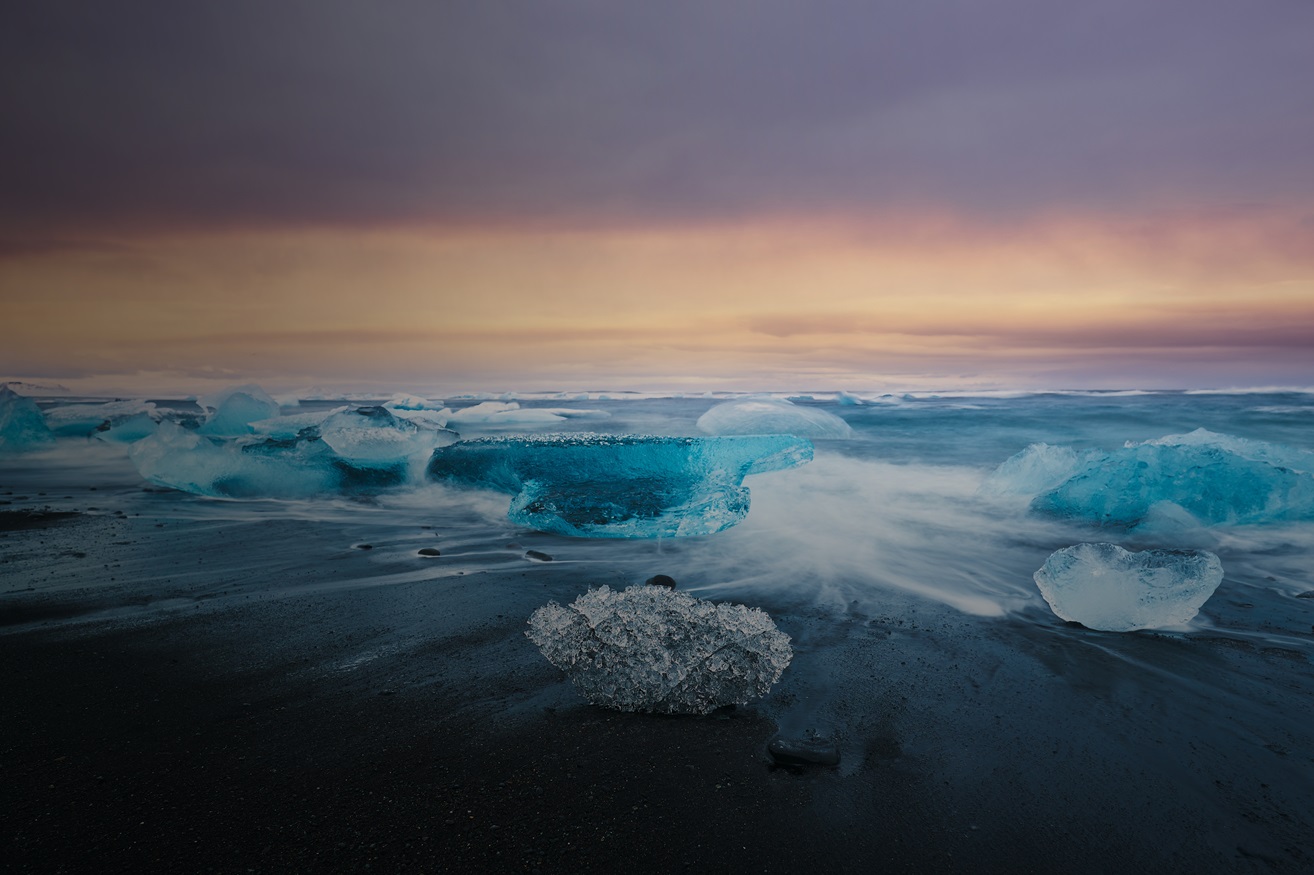 The Nanne Weber Early Career Award is presented annually and recognizes significant contributions to paleoceanography and paleoclimatology research from honorees within 10 years of receiving their Ph.D. Notable contributions can include the awardee’s high research impact, innovative interdisciplinary work, educational accomplishments, such as mentoring, or positive societal impact. This award also serves to acknowledge the awardee’s exceptional promise for sustained contributions and continued leadership in paleoceanography and paleoclimatology.

Named in honor of Dr. Nanne Weber, a leader in paleoclimate modeling and former editor of Climate of the Past, this award is presented at the Paleoceanography and Paleoclimatology section event during the AGU Fall Meeting. 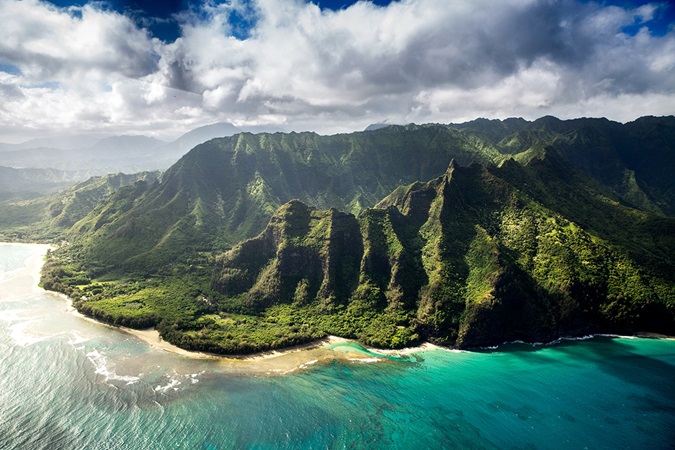 AGU is proud to recognize our section honorees. Recipients of the Nanne Weber Early Career Award will receive the following benefits with the honor: 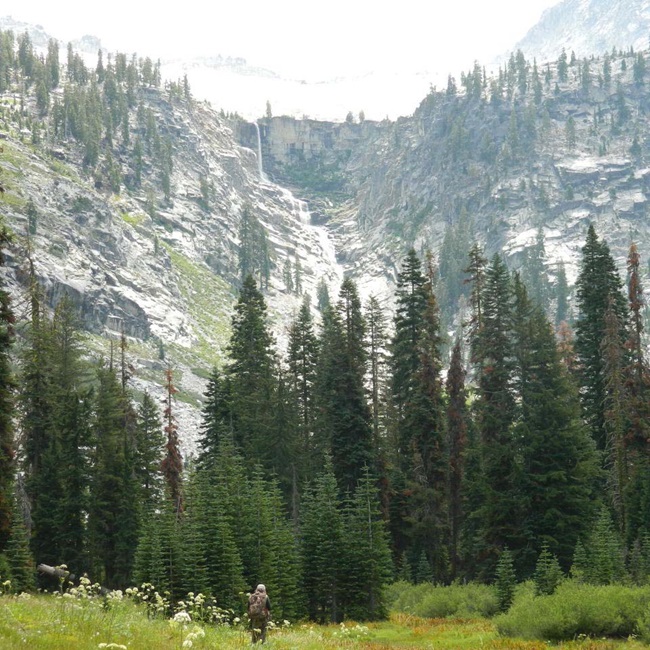 We encourage you to watch our tutorial on successfully submitting a nomination package or read our guide on how to submit a successful nomination.

Submissions are reviewed by the Weber Award Committee. Nominations should be submitted online via the Nomination Submission System.
SUBMIT Dr. Bronwen Konecky has produced numerous paleoclimate records that are widely known to be some of the highest-fidelity records from the Indo-Pacific Warm Pool. Her careful analyses of leaf wax hydrogen isotopes from lake sediments have broadened our understanding of the tropical hydrological cycle from the Last Glacial Maximum (LGM) to the Common Era.

Yet Dr. Konecky’s expertise extends far beyond paleolimnology. She has also designed and run new isotope-enabled climate model simulations for comparison with proxy data. Her work on the LGM is providing new avenues for model–data comparison in a period of Earth’s history with few simulations containing stable water isotope tracers. Bronwen not only succeeded in producing these invaluable experiments, but also did so after having already mastered lab-based organic and stable isotope geochemistry. The fact that she excels in both of these complementary branches of our field is exceptional. Her cutting-edge work is crucial for encouraging broader collaborations between modelers and data generators, improving model physics, and advancing paleodata interpretations.

Dr. Konecky is a demonstrated and visible leader in our field. One of her most monumental contributions is her championing of the Iso2k project, compiling water isotope proxy records spanning the past 2,000 years. This has been no small feat; she has brought together researchers from around the world and from widely different disciplines. Iso2k is poised to greatly enhance our understanding of hydroclimate dynamics operating on human-relevant timescales. Bronwen is also a role model and a professional mentor to many. She is a person who builds up and supports her peers. She embodies Emily Bernhardt’s words about academia: “Everyone here is smart—distinguish yourself by being kind.”

I am delighted to speak to Bronwen’s many outstanding contributions to paleoceanography and paleoclimatology and greatly look forward to the excellent science forthcoming from her lab at Washington University in St. Louis.

I am honored and truly humbled to be the second recipient of the Nanne Weber Early Career Award. I am deeply grateful to the small group of people who surprised me with this nomination and for the effort it took to put my name forward.

When I decided to pursue paleoclimatology, I naïvely thought that learning to blend proxy data and climate modeling would simply be a technical, methodological challenge. Not so. It is a human one. I was fortunate to find a Ph.D. adviser, Jim Russell, who took a chance on me despite my unusual career background and who continues to be a valued collaborator and mentor. Kim Cobb welcomed me into her lab of corals and stalagmites and encouraged my creativity despite my expertise in completely different (sedimentary) proxy systems. David Noone and Bette Otto-Bliesner coached me carefully and tirelessly on atmospheric science and on the ins and outs of climate modeling when I decided to take that plunge. These scientists taught me that at the heart of truly interdisciplinary science is the heart of a truly patient coach.

I am grateful to my collaborators, especially the brilliant early-career researchers in the Iso2k project, who continually teach me and challenge me; to the Earth Science Women’s Network for the hope and practical advice during many difficult times; to my husband, Chris Havlin, for supporting me during the maelstrom-like transition to faculty life; to my faculty mentors at Washington University; and to Jack Hutchings and Nadia Sae-Lim for their dedication as we get our lab up and running.

I am inspired by Dr. Nanne Weber herself, a builder of bridges between the paleoclimate data-generating and modeling communities and an advocate for women in science. I am humbled to receive an award in honor of such a scientist. Haojia Ren will receive the 2018 Nanne Weber Early Career Award at AGU’s Fall Meeting 2018, to be held 10–14 December in Washington, D. C. The award is given “in recognition of sustained and unique contributions to paleoceanography and paleoclimatology research.”

Haojia (Abby) Ren has contributed greatly to the new interdisciplinary area that we might call paleobiogeochemistry. Ren’s major contribution in this area has been her development and application of the nitrogen isotopic analysis of the organic matter that is bound within the shells of foraminifera (foraminifera-bound δ15N). Ren developed the methods for this measurement, on which she is now the international authority. She has spearheaded the effort to begin the ground-truthing of this new proxy, and she has a provided a foundational understanding. For example, Ren and her colleagues have shown that the internal N cycling of dinoflagellate symbiont-bearing foraminiferal species affects their δ15N in a predictable way.

With foraminifera-bound δ15N, Ren has made major discoveries regarding the N cycle in the past ocean. Focusing first on the low-nutrient tropical and subtropical ocean, Ren found that the rate of N2 fixation, the dominant process that brings new biologically available N into the ocean, was reduced during the last ice age, contrary to a popular hypothesis that elevated dust delivery to the ice age ocean would have broadly accelerated the process. Instead, Ren and her colleagues have found that N2 fixation varied over glacial cycles in a way that is consistent with the process acting as a negative feedback against changes in the size of the ocean N reservoir.

Ren has also made major discoveries regarding the nutrient conditions of the high-latitude oceans and the equatorial Pacific. In the subarctic North Pacific, Ren’s measurements indicate an ice age reduction in the circulation-driven nitrate supply, suggesting a remarkable similarity with the Antarctic Ocean during the ice ages. Ren collaborated with Dr. Alfredo Martinez Garcia to reconstruct nitrate consumption in the subantarctic ocean over the last glacial cycle. The resulting data indicate iron fertilization in this region during dust-rich cold periods, contributing to the lowering of atmospheric CO2 during ice ages. In the equatorial Pacific, Ren worked with Kassandra Costa, finding that dust-borne iron fertilization was not important there during the last ice age, consistent with the limited direct role of dust in supplying iron to the region.

Ren’s research group at National Taiwan University is rapidly expanding into new areas. One recent result is a coral δ15N-based reconstruction of anthropogenic N deposition in the South China Sea.

Abby Ren is a stunningly strong scientist and a remarkable individual. She is all at once brilliant, determined, courageous, opinionated, humble, generous, and supportive. Her selection as the first recipient of the Nanne Weber Early Career Award is richly deserved.

I am truly honored and humbled to be the first recipient of the Nanne Weber Early Career Award, and I thank the Paleoceanography section for this recognition.

I am particularly indebted to my mentor Danny Sigman, who took me on this magical exploratory journey. It was Danny’s idea to measure nitrogen isotopes on the trace amount of organic materials embedded within the calcite shells of the forams, and I started as a fearless and ignorant soldier. Years have passed since we generated the first data point, and I am still nowhere close to matching Danny’s profound and tireless intellect, but I hope that I have acquired the passion, the skills, and some degree of creativity from him.

I had a great fortune to work alongside Bob Anderson at Lamont-Doherty Earth Observatory. His passion and determination behind his objective and fair scientific view, as well as his generosity and kindness, attract talents around him toward common goals. I hope that I have gotten some of his wisdom and nobleness to work among scientists with different views.

When I took a life-changing decision to follow my family to Taiwan, George Wong and his group in Academia Sinica welcomed me with their big hearts. They have supported me through the most difficult transition for my career and family.

I thank all of my collaborators for the inspirations, especially Tony Wang, Alfredo Martinez Garcia, Anja Studer, Kassandra Costa, Tom DeCarlo, Anne Cohen, Howie Spero, and Gerald Haug. I also cannot imagine my science without all the great technicians: Sergey Oleynik, Julien Foriel, Alexa Weigand, Yi Wang, and Yi-Chi Chen. I thank all of my colleagues, team members in Taiwan, and of course my dearest family for all the support and love. Finally, to my past, present, and future students: “Good science is science that inspires.” —Nanne Weber.